This Friday, April 17th at 19:00 (GMT+1) Helen Leahey will be going live on NEXT Magazine’s Facebook page and playing some of her best works as well as well known celtic tunes and some popular hits. Like many artisits, Helen has also struggled with the loss of gigs to to the Corona pandemic. Although a challenge, Helen is determined to continue, especially since she has brought out three new albums in the last month and is ready to show them to the world.

You can buy them here …

Helen’s debut album, now released as a second edition with a variety of artists collaborating (known as DILLIGARA). This album is ‘earthy’ in nature, with catchy acoustic tunes. 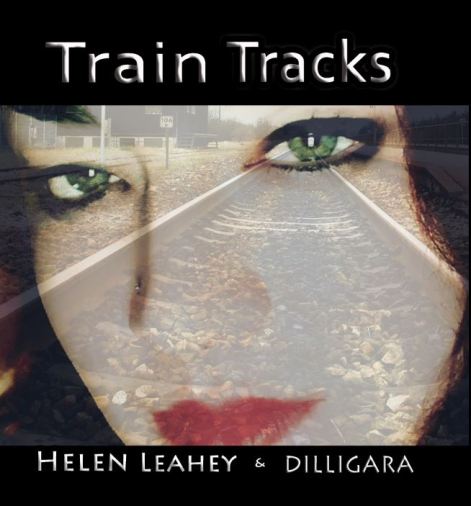 Helen’s 2nd album, here she has been inspired by many different music genres from around the world. Arabic and celtic beats, a sax player – and many other suprises! 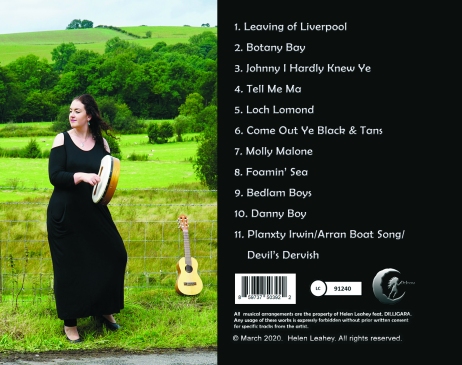 The first music video for my new album ‘auf WiederSehen’ is available on YouTube. It was fun to make and will hopefully be fun to watch! Enjoy the many men 🙂 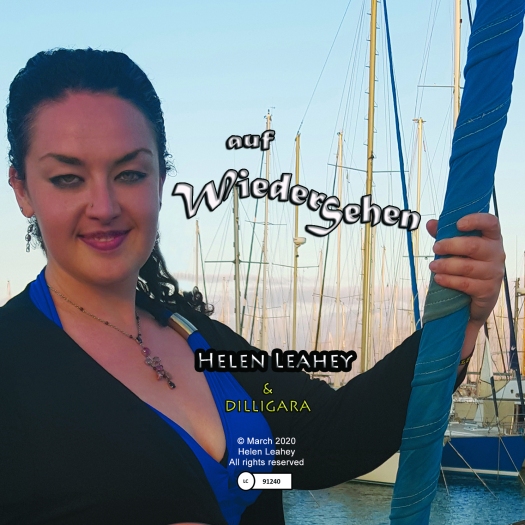 A personally signed copy of my album ‘auf WiederSehen’ (price includes postage for national and international shipping including insurance). CD is sent upon receipt of payment. Please ensure your Paypal address is also the shipping address. Otherwise please contact us at: info@deintra.com

Finally, the first of three new albums is ready to buy. My new album ‘Spirits’ can be purchased though the website safely and securly via Paypal. It has been a busy time since I became the first world record holder for ‘Lowest Vocal Note by a Female’ in 2019. I welcomed my beautiful son Mikhael into the world and worked tirelessly as he sleept on releasing three studio albums. My original demco CD ‘Train Tracks’ has been reworked for a new release coming soon , the album ‘auf WiederSehen’ is just making its way into print and now the Celtic/Irish folk album ‘Spirits’ is availabe in a small supply.

Today is St. Patricks Day and as most of those who normally celebrate are probably in self-quarantine due to the Corona virus pandemic. Like many artists I am also struggling with the event cancellations and hoped to be able to introduce my new music to audiences throughout the spring and summer. Alas maybe you will invite me into your home and let me entertain you with some beautiful Celtic tunes. Every CD sold will be personally signed (don’t worry I will wash my hands!!!)

Wishing you all good health at this time x

Guinness World Records has crowned me the ‘Bass Queen’ in this lovely article.   Henceforth you may say to me ‘Your Lowness’ 😛

I’m really proud of the work done here. It’s a small, family  NGO and we have managed to provide education for children in Nepal for years whilst at the same time building cultural connections and even friendships between countries. The Nepalese kids write stories, we translate them and sell them as school material here –  profits then going back to Nepal. It’s a win/win situation for all involved providing education and cultural understanding between nations. Tomorrow I will be playing a few songs and getting back in the saddle after the birth of my son.  We hope to see you there! Event is free and starts at 9 in the morning, there is food, prizes, things to buy and music 🙂 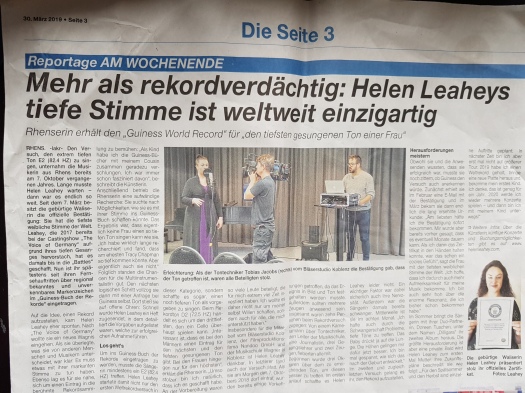